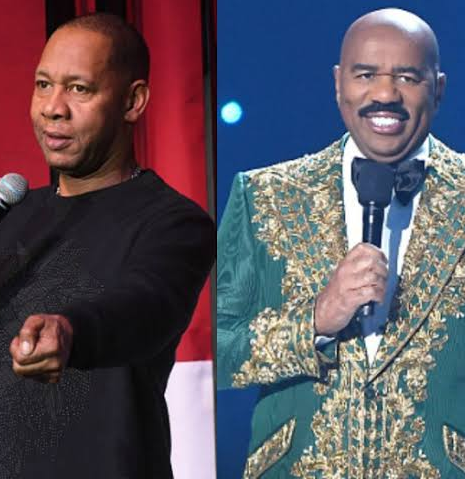 Steve Harvey has responded to Mark Curry's claim he's stolen jokes from him.

The TV host denied the allegation on Wednesday in Beverly Hills and challenged Mark Curry to name the joke or jokes he stole from him.

Mark Curry, an American actor, comedian, and host, claims on at least 2 occasions that Steve stole his jokes. But Harvey told TMZ that there's simply no truth to Curry's ranting about the past few weeks.

Steve was pissed off with the allegation and said he's never stolen a joke in his life, and Mark needs to grow up. He's also demanding Curry comes forward with specific details about the lifted material.

He said: "Mark Curry needs to grow up. Steve Harvey ain't been on stage since 2015."

When told that Curry said he used the joke on one of his shows, not on stage, Harvey replied: "Ask Mark Curry what joke he's talking about."

Watch the video below.
By Linda Ochagla at Thursday, January 09, 2020