Why I Am Being Fought In Edo State: Obaseki 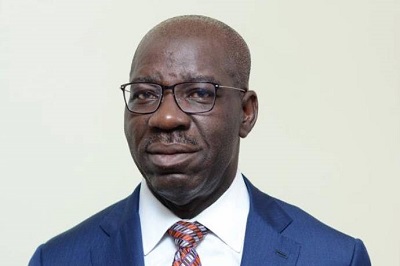 do state governor, Godwin Obaseki says he is being fought by political gladiators in the state because of his stand that things must be done properly and dividends of democracy must be felt by all.
He made this known at a meeting with Benin Elders Forum in Benin City, the Edo State capital.
He said:
“You are all witnesses to what is happening and I am sure that you will ask what exactly is going on. When the change occurred in 2016, I had no doubt in my mind to jump into the train to continue the reforms which we had started, but what I didn’t realise is that the rot was so deep and fundamental; it was not just rotting in physical expression but it was becoming cultural.
“You come into Edo and you cannot drive through the city, because we had warlords that had taken possession of everywhere. In fact, when we had to clear Lagos Street, we found out that people had erected stores and shops on the street. It then became clear that there was a lot more work to do.”
By Linda Ochagla at Sunday, January 05, 2020