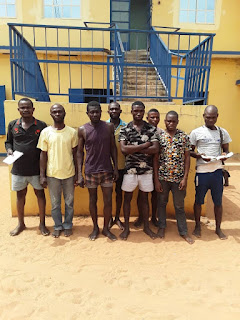 The suspects were arrested at the illegal tax points with various fake  receipts  booklets.

They have been handed over to the police  for further investigations.
By Linda Ochagla at Monday, February 24, 2020