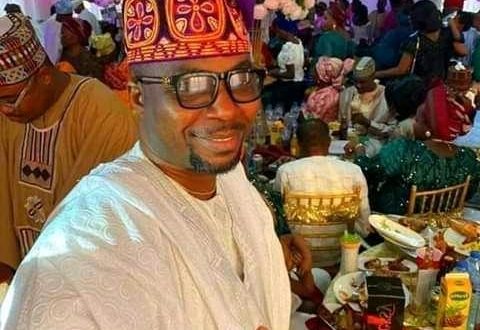 Honourable Yinka Mafe, a former lawmaker of the Ogun state house of Assembly has died shortly after celebrating his 46th birthday, Tribune reports.
Mafe, who was a former majority leader in the house was said to have complained of chest ache around 11:pm after the birthday celebration.
He then proceeded into the bathroom for a bath from where he slumped and died on the spot.
His remain has since been deposited at the mortuary.
The state chapter of the All Progressives Congress (APC) in a statement by its Publicity Secretary, Chief Wole Elegbede, described Mafe as a loyal and dedicated party leader who was committed to ideals, unity and growth of APC.

“As a lawmaker, he was vibrant, terrific and electrifying. He was a symbol of knowledgeable and quality representation which earned him a post as the majority leader of the House of Assembly. We lost a gem. Oh death, where is thy sting?”
By Linda Ochagla at Friday, February 07, 2020