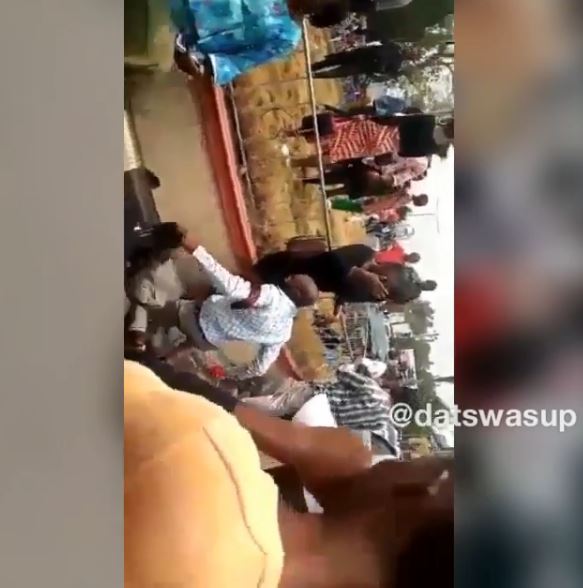 A man has been spotted acting out his frustration after his supposed girlfriend turned down his marriage proposal.
From the photo shared, the man was seen on his knees with the girl as he proposed.
The lady, in shock, looked clueless as she watched the man strip.
The man, having been turned down by the lady, started taking off his clothing as people expressed their shock at his actions.
Watch The Video Here: