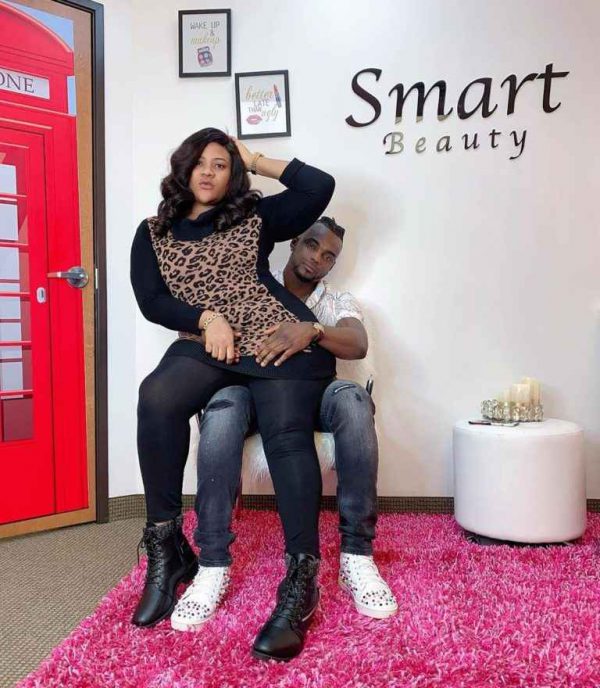 Nigerian actress, Nkechi Blessing seems to be one of those who believe a person’s outward appearance doesn’t matter but the inside.
Having tasted what is inside, Blessing spilled some tea on what attracted her to her America-based boyfriend.
Speaking in an interview with Saturday Beats, the actress said,
“Apart from his looks which is making people think that he is irresponsible and a playboy, he is the sweetest man any woman could ever ask for. Yemi is God-fearing, caring and above all very supportive. The God-fearing part of him is because his father is a pastor.”
The ‘Omoge Lekki’ actress went on to say that she wouldn’t be relocating to the US where her lover is based even after they get married this year.
In her words,
“As regards marriage, of course, it will happen this year and plans are ongoing already. However, relocating is not in my plans because I still have a vibrant career in Nigeria.”
Moving on, the endowed actress stated that she wouldn’t be bothered about losing male fans if she gets married.
“So, I should not get married because of male fans? They should keep their fans”, she said.
By Linda Ochagla at Sunday, February 02, 2020