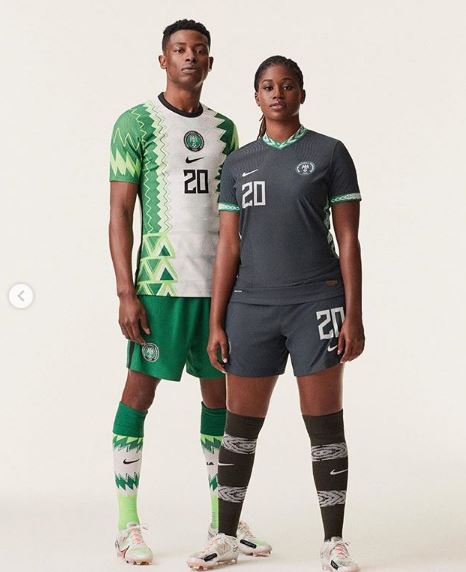 Super Eagles’ new kit has been unveiled and the new design is inspired by the traditional glow with the former.
It was gathered that Nigerian national teams will be wearing a new look after sport kit giants, Nike released photos of the kit on social media.
Fans have been buzzing with positive comments on social media about the home and away designs.
Super Eagles, at any moment, will be wearing new jerseys for the execution of their international outings. The last design was accepted globally and was named the best kit of the Russia 2018 World Cup. And after almost two years, the three-time African champions are making a U-turn on a new kind of mind-blowing green and white jersey.
See Photo Here: