Tanzanian Politician Who Launched Anti-gay Movement Banned From Entering US 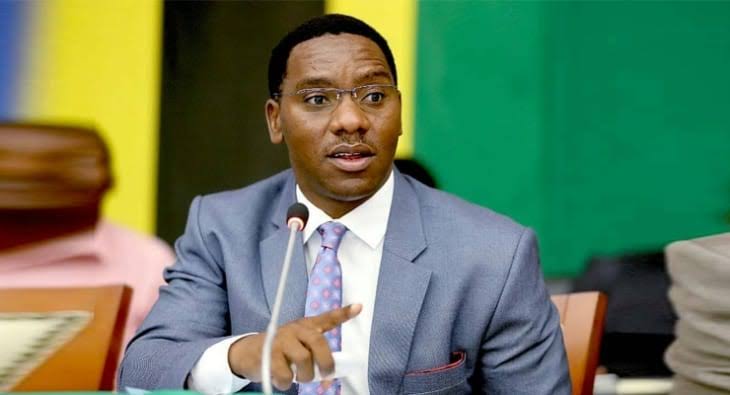 Paul Makonda, politician and regional commissioner of Dar es Salaam, Tanzania’s capital, who launched a crackdown on homosexuality in 2018 has been banned by the United States.
According to Mike Pompeo, US Secretary of State, in a statement issued on Friday, the ban also affects members of his family.
Makonda was acused by the US of being involved in “gross violations of human rights, which include flagrant denial of the right to life, liberty, or the security of persons”.
“The United States remains deeply concerned over deteriorating respect for human rights and rule of law in Tanzania,” the statement read.
“This includes actions taken by the government that curtail freedom of expression, freedom of association, and right of peaceful assembly; target marginalized people and the political opposition, and jeopardize life.
“Section 7031(c) provides that, in cases where the Secretary of State has credible information that foreign officials have been involved in significant corruption or a gross violation of human rights, those individuals and their immediate family members are ineligible for entry into the United States.
“The law also requires the Secretary of State to publicly or privately designate such officials and their immediate family members. In addition to the public designation of Paul Christian Makonda, the Department is also publicly designating his spouse, Mary Felix Massenge.
“These actions against Paul Christian Makonda underscore our concern with human rights violations and abuses in Tanzania, as well as our support for accountability for those who engage in such violations and abuses. We call on the Tanzanian government to respect human rights and fundamental freedoms, including the freedom of expression, association, and the right of peaceful assembly.”
Today we designated Dar es Salaam Regional Commissioner Paul Christian Makonda as ineligible to enter the U.S. for his involvement in gross violations of #humanrights. We are deeply concerned over deteriorating respect for human rights and rule of law in #Tanzania, Secretary Pompeo said.
Meanwhile, Makonda had said he knew he would come under fire when he launched the anti-gay movement in 2015, explaining he would, however, forge ahead, claiming the act “angers God.”
Others countries affected by the ban include Nigeria, Eritrea, Sudan, Kyrgyzstan, and Myanmar.
By Linda Ochagla at Sunday, February 02, 2020