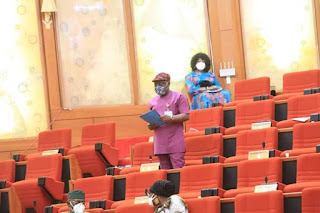 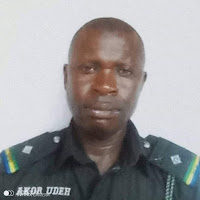 Distinguished Senator Abba Moro, the Senator representing the good people of Benue South Senatorial District, today, 12th May, 2020, submitted a petition on the floor of the Senate over the (poor) handling of the case of a missing Police Officer, ASP AKOR UDEH, by the Anambra state Police Command.

ASP AKOR, from Ogbadibo LGA of Benue state and serving at MOPOL 29, Awka, Anambra state, was in the Police contingent deployed to Odekpe Community in Anambra state on April 23, 2020, to quell a communal uprising, and has been missing since then.

According to eye witness report, the Police contingent was ambushed on its way out of Odekpa by youths of the Community, who abducted the Police Officers. While other Officers were later released by the irate youths, following a phone call they received, with bodily injuries, ASP UDEH was not released and his whereabouts unknown till today.

Petitioning the Senate President on behalf of the Akor Udeh family, Senator Moro prayed the Senate to, among other things;

Direct the Anambra State Police Command to use information gathered from the surviving Police Officers to track ASP UDEH AKOR and/or his abductors.

Direct the Command to visit the scene of the incident for assessment.

Direct the Nigerian Police to deploy every human resources and technology at their disposal to rescue the missing ASP from his abductors and have him re-united with his family who are presently traumatized, or if dead, as being rumored, have his body recovered and released to the family for a burial befitting of his status in the family, in accordance with their custom and tradition.